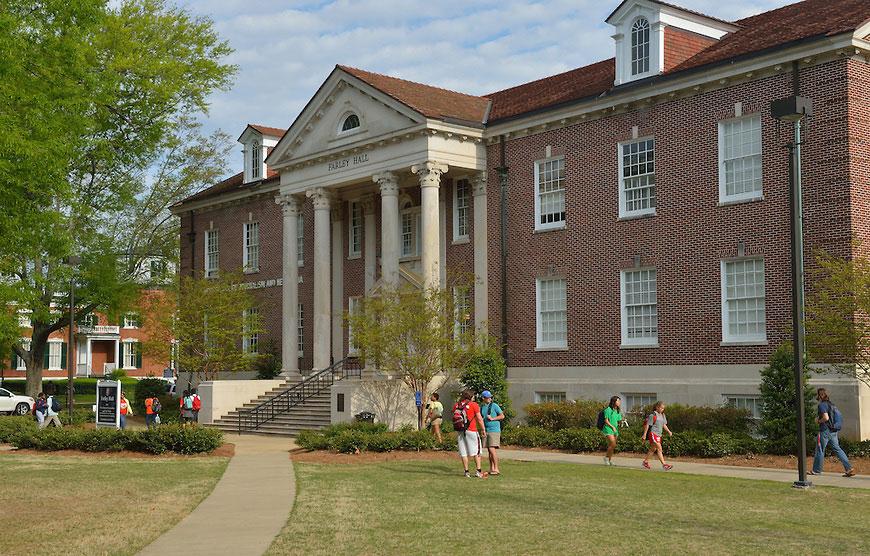 I Switched Majors During My Senior Year, and It Changed My Life

“Welcome to the beginning of the rest of your life” were the first words I heard on my first day of college. As an undeclared freshman, I became very anxious when I heard this. I went from bright-eyed and hopeful to overthinking my existence in seconds.

It was only my first semester at a community college, but it seemed like I was the only one that did not have it all figured out. I was never a straight A student in high school, and the thought of school itself put me to sleep. I knew I had to figure something out so I looked to my peers.

I listened to nursing majors and immediately crossed that possibility off of the list. Anatomy and physiology was never my thing. I thought about going the accounting route, but I wasn’t amused by the thought of dealing with numbers for the rest of my life.

Before I knew it, I was entering my last semester of freshman year and still had no clue what I was going to do. I knew I was transferring to Ole Miss the next year and needed a plan. This is when I went into panic mode.

My friends and family started to suggest that I look into an art career. I had no other plans, so I went for it. The next year, I declared myself an art major at the University of Mississippi.

When I first started, I thought “OK. This could be fun.” Then time went by, and I was falling behind. I was working part-time at a shoe store and going to school every day. My projects were rushed and sometimes sloppy because I could never find the time to really sit and work on them between school and work.

Life became stressful, and art became something I despised. I began to realize I did not like art as much as people thought I did. I knew something had to change. That something was my major.

Statistics show that about 50 to 70 percent of undergraduate students change their major at least one time before graduation. It was safe to say that I was definitely one of those statistics.

As time went on, I was not sure what to do. I was a junior by this point and still had no idea what I wanted to do with my life. I became hopeless because I was too old, according to society, to change my major, but very unhappy with the thought of a future as an artist. I just knew that my future was not in that field.

By the time I was a senior, it all came to me. I was entering my first semester of senior year and saw a flyer for integrated marketing communications. I had absolutely no idea what that meant so I looked it up.

IMC can best be defined as the attempt to unify all pieces of marketing communications, including, advertising, public relations, direct marketing, social media, and sales promotion.

I was intrigued by the creative business point of view. I spent weeks researching and figuring out a career path. I learned that IMC is a very wide field that is full of opportunities, from media brand adviser to social media manager.

In that moment, I decided to stop trying to live up to everyone’s expectations and go for something that I chose for myself. I immediately signed up for classes in the integrated marketing communications program.

I was 22 and had one year left in college. Most people thought I was insane, and some thought I was just plain dumb. Who changes their major during their senior year of college? I did, and it was the best decision I have ever made.

I spent four years being told what I should do and pretending to be interested in something I was not. Changing my major during my final year of college was a big decision, and it took many pros and cons lists, but it was the only thing I’ve ever been sure about since I began my college career.

I view school much differently, and I am actually interested in the projects and homework assigned to me. Of course, I wish I had found my new major sooner, but I cannot change the past. All I can do is work hard and focus on my future.

College is scary, and so is choosing a career path. Some people do panic and choose what they think is the right choice for them and end up regretting it later.

I am still getting used to the fact that I will be 24-25 years old when I graduate college, but I am going to graduate with a degree that I will love for the rest of my life. Students should not be scared to go after something else just because society says the clock is ticking. We only get one life, so make the most of it.

We're here to help. Reach out to msross@go.olemiss.edu